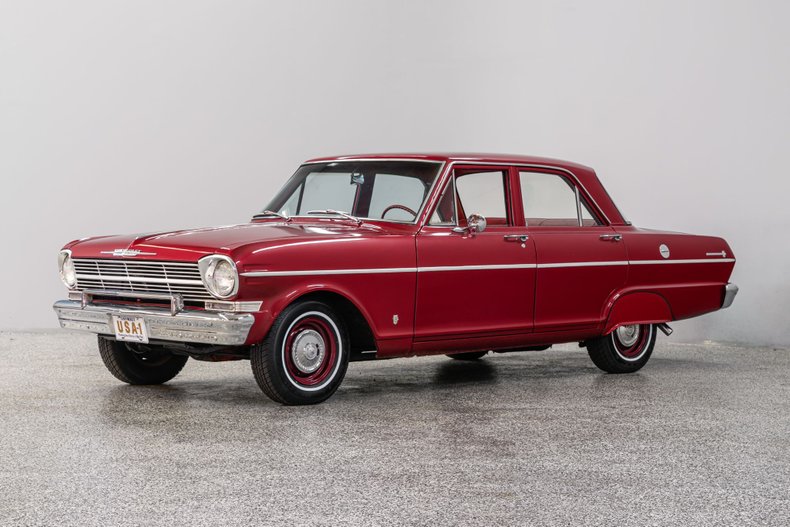 When the original Chevy II rolled off the assembly line in 1962 it was touted as economical transportation for the masses. The first-generation models (1962-1965) were well designed and a profitable offering for Chevrolet. This 1962 Chevy II 300 Series received a full restoration (2009) and is a solid example of this successful model. The exterior was carefully prepped and repainted in Honduras Maroon and remains in very good condition. Accents include excellent chrome/stainless, steel wheels w/small caps, whitewall radials and rear fender skirts. The interior has been reupholstered in red vinyl that is very similar to the original pattern and is also in very good condition. Features include tinted windows and an aftermarket AM/FM/cassette sound system. Horsepower is provided by a 194ci straight-six that has been rebuilt to stock specs and is backed by the venerable 2-speed PowerGlide automatic transmission. Steering is manual and brakes are 4-wheel drum, also manual. This is a sweet Chevy II 300 that appears to need nothing but a new driver. ALL VEHICLES SOLD “AS IS”.