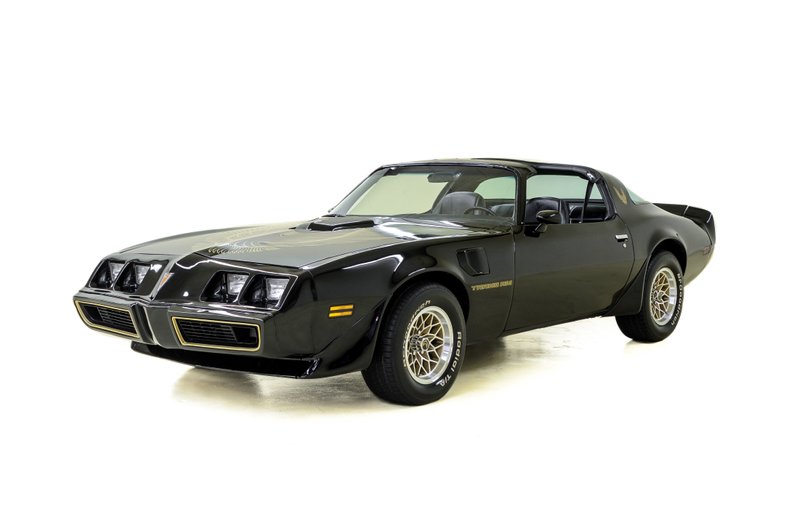 This 1981 Firebird T-top began life as a 'Firebird Formula' model. It has recently received a full restoration and now closely resembles a 'Bandit' Trans AM. The exterior was professionally refinished in Midnight Black (2017). A big gold 'Bird' graces the hood and other Trans AM accents include spoilers, and gold honeycomb alloys. This is really a well thought-out Pontiac clone. The black vinyl interior was reupholstered in 2015 and looks just as it should. Convenience features include: A/C, AM/FM stereo, turned dash, gauge package, tilt wheel and tinted windows. The suspension incorporates power steering and power disc/drum brakes. The Formula's GM 4.3L (265ci) V8 was replaced with a 350ci-4V Chevy small-block that was rebuilt in 2014. Air is ingested through the cowl induction hood and exhales through a free-flowing dual exhaust that sounds great. Power is delivered through a three-speed automatic gearbox and stock rear differential. This Trans AM clone provides most of the good looks and performance associated with the real 'Bandit' version, but at a fraction of the cost. This is a great cruiser. ALL VEHICLES SOLD “AS IS”.