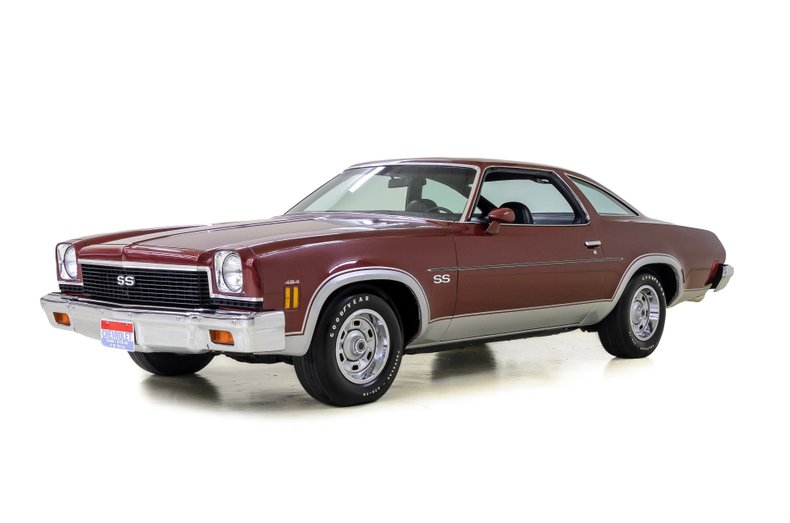 This SS454 is a very rare Chevelle. The 1973 model was the final year for the SS option and only about 600 big-block LS4/4-speed Super Sports were built that year. This was one of the last produced by the KC plant and the original build sheet indicates that it was a COPO vehicle. Our well-documented Chevelle was featured as the cover story of the Silver Anniversary issue of 'Chevelle Report' magazine (January, 1998) and has spent many years at the Floyd Garrett Muscle car Museum in Sevierville, TN. The Chevelle is in original condition with only minor restoration work carefully performed over the last four decades. It was refinished in Code 74 Dark Red Metallic hand-rubbed lacquer w/silver trim in 1979 and the exterior is stunning. The carpeting and some additional interior components have also been refreshed due simply to normal aging. The driver's bucket seat swivels for easy entry/exit and convenience features consist of a NOS AM/FM stereo, center console, full gauge package, and tinted windows. Factory correct GM Rally Wheels sport color-keyed centers and trim rings. Tires are period-correct G70-14" Goodyear Polyglas. According to the build sheet, the COPO Chevelle is equipped with the LS4 454ci engine, M21 4-speed manual transmission and posi-traction differential with 3.42:1 gearing. Other performance options include the F40 HD suspension package, power steering, power disc/drum brakes and HD radiator. It has also been fitted with a new 2-1/2" exhaust system and new fuel tank. This Chevelle SS454 comes with the owner's manual 'dealer package', original build sheet, Chevelle Report magazine article, Best-of-Show trophies and '73 GM promotional brochures. It is truly a piece of Bowtie history - one of the last big-block Chevelle Super Sports produced. ALL VEHICLES SOLD "AS IS".