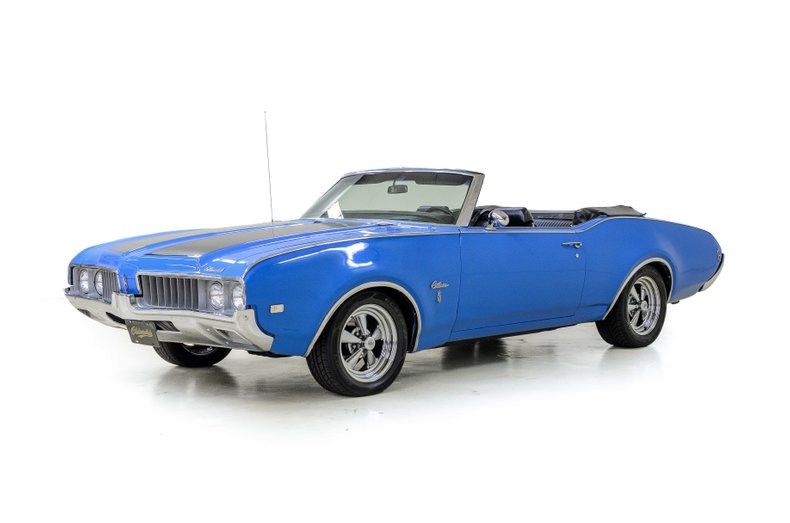 The Oldsmobile Cutlass Supreme was introduced in 1966. This third-generation 1969 Cutlass S has been fully restored with some subtle performance upgrades. The Grabber Blue finish was professionally applied in 2013. It is accented with period correct black hood stripes and Cragar 16” S/S mag wheels that mount Kumho performance radials. The end result is a Cutlass Supreme that turns heads. A stunning, restored black vinyl interior has classic blue inserts and trim. Our Cutlass is equipped with power steering, power disc/drum brakes, AM/FM/CD stereo and tinted windshield. The powered convertible top and rear window are in good condition. Horsepower is provided by a 350ci Oldsmobile engine. We do not have the history of the motor so do not know if it has been rebuilt. The factory motor produced 310bhp with 360lb/ft of torque, but this motor has a Holley 4V (believed to be 600cfm), tube headers and a free-flow dual exhaust system. The powerplant is backed by a 3-speed Turbo Hydra-matic transmission that has been recently rebuilt. This is a nice Olds convertible that just may be a great fit in your GM garage. ALL VEHICLES SOLD “AS IS”.