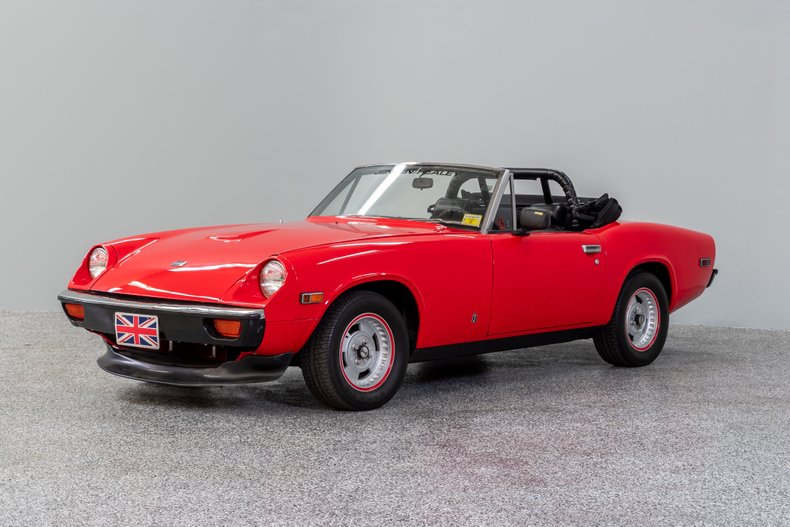 The Jensen-Healey is a British roadster that was manufactured from 1972 through 1976. It was positioned in the market between the Triumph TR-6 and the Jaguar E-Type. A total of 10,500 roadsters were produced by Jensen Motors Ltd. Our partially restored 1973 Jensen-Healey MK-1 has been well cared for by the current owner for the last 15 years. The heart of the Jensen-Healey is the Lotus designed '907' engine. This 2.0L DOHC all-alloy engine was the first modern 4-valve engine to be mass-produced on an assembly line. It incorporates all the mechanical advancements of Lotus racing technology, but gives a wide, usable power band for the street. The motor in this car is a later version of the '907' that utilizes improved rubber crank seals in order to solve earlier oil leak problems. (The owner has the original engine and it is included in the sale.) The installed '907' engine was completely rebuilt (2006) and was equipped with Euro-version cams for improved performance. Fuel is provided by a pair of European spec Dell'Orto side-draft carburetors and an aftermarket exhaust header was added. These performance upgrades should have conservatively added 20bhp and greatly improved throttle response over the original 144bhp US version. Power is transmitted through a 4-speed all-synchromesh manual gearbox. Suspension is simple, but effective. A double wishbone/coil set-up is utilized at the front and a live axle with trailing arms/coils in the rear. Power-assisted brakes consist of Girling Type 14 discs at the front and drums at the rear. A set of 13” factory alloy wheels mount BFG Comp T/A radial tires. The body of the Jensen-Healey was refinished in a shade of Red that appears very close to the original color. It is still in very good nick. There is evidence of some minor rust in a few spots. The black vinyl interior was also refreshed in 1991 and a manually operated soft-top is in good condition. This Jensen-Healey roadster has been well cared for, runs great and is ready for your next import cruise-in. ALL VEHICLES SOLD “AS IS”.